I’ve been doing some privet Pop up restaurants for people who want all the fun of a party but with out the hassle of shopping, cooking and presenting loads of food. I thoroughly enjoyed experimenting with different foods and as a result I stumbled upon this recipe in the moosewood cook book. I’m not a great fan of sweet corn, I ate far too much of it in the 80’s (The green giant did wonders for it’s image) too much of a good thing! I did this recipe a few months ago when I came in from work to discover the only real thing I had in the freezer was sweet corn. The other wonderful thing about this recipe is it is totally fat free! 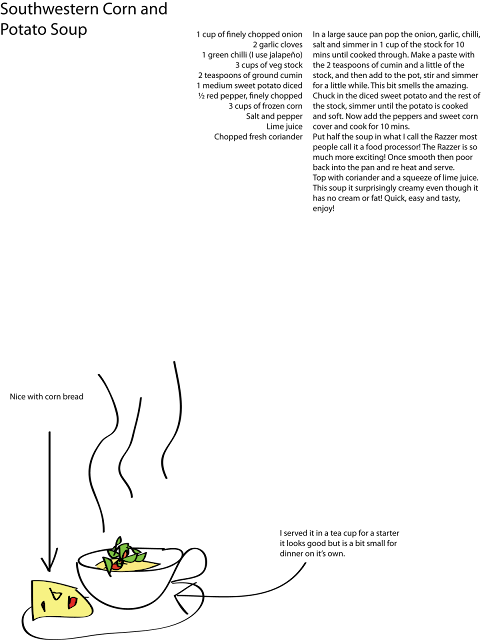 If your interested in hosting a pop up restaurant event at your home, or want a privet underground restaurant event for your work party, hen doo or birthday celebrations do give me a ring on 07514 625697 or email me  info@nottsunderground.co.uk.
Posted by Beth at 14:28 No comments: 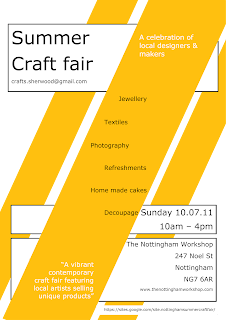 Beetroot and herb dip
Parsley Pesto
Sticky prune and chocolate loaf
Moreish oatmeal biscuits
This poster says 10 till 4 but I beleave it's 11 till 3. See you then.
Posted by Beth at 12:10 2 comments:

My dreams of eating mushrooms and doing naked Yoga shattered! 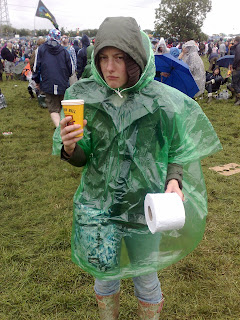 It was my first time going to Glastonbury! I was under the impression that Glasto was a field full of hippies (eating mushrooms and doing naked Yoga), music geeks (scribing down notes on the next big thing), boho poets, crazy artists and comedians; with possibly the odd supermodel in a nice pare of wellys! How wrong was I!
I can’t collate my thoughts very well on this matter, but really what I want to say is Glastonbury festival was really really not what I expected. If some one had said to me “Beth.. Imagine Skegness, in a field, on bank holiday Monday” I would have had a truer picture of what Glastonbury really was like!
Any way enough of my moaning about broken dreams; I found the whole experience challenging … especially when I slipped down a slurry bank on the way to see DJ Shadow! However in this festering septic tank of a field there were some gleaming gems, and here they are.
Top 7 gleaming gems of glasto! 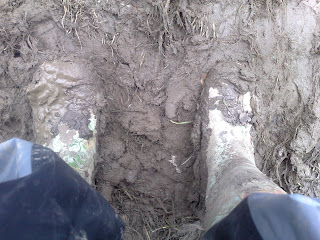 Number 1: Joules welly boots
My amazing Joules welly boots are a stylish yet practical companion at the allotment, trendy field weddings and no less than 4 festivals! I bought them 3 years ago and the little blighters out lasted the evil, 4 day, extreme Glasto mud and still look wonderful!
Number 2: Ghostpoet
After 2 pints of hot cider and a trudge through fields of insanely deep mud, I managed to catch the tail end of Ghost poet’s set. Defiantly one to follow and I would strongly recommend seeing them live. Great lyrics, a beautifully urban looking band, with really great stage presence and a beat you can dance to (even in thigh high mud!); who could ask for more?
Number 3: Josie Long
Sunday was hot! Wellys in the heat are really not good, so we retreated into the leftfield tent for shade and a bit of calm! On walked Josie Long to practice her new set and vent about the coalition government. Which was a joy and made me feel inspired to be all political and stuff!
Number 4: Kate Tempest
I love Kate’s form of spoken word or is it hip hop? I’m not sure, but I loved what she did. Her lyrics provoked reflection, they were refreshingly different and from a female perspective. If I were you I would go and see her or go on her MySpace page soon.
Number 5: TheEels
You got to love a man with a massive beard! However this is a man who has perfected the art of performance. I’ve never really followed the Eels but this gig made me realise what a mistake I had made! Brilliant. Go and see them live in Leeds I command you to.
Number 6: The Special Guests: Pulp and Radiohead
Although lodged in the mud (suction making it hard to dance) it was amazing to see the 2 bands that shaped my formative years. This gig was made even better when I was informed that Miss Kate Moss got turned away at the gates of the Radiohead concert because it was so rammed! Ha Ha Kate I was there!
Number 7:  Billy Brag.
After trudging in slow motion through the post apocalyptic mud of Friday night, I just caught the tail end of Billy Brags set and heard him sing “New England” it made me smile ( some thing that by this time I had forgotten how to do!) the trudging was worth it!
After listing my gems it has made me realise that ok there were some really good things going on at Glasto and It was not that bad! However I did see far too many Katie Price look a likes and some of the worst festival toilets ever!
Posted by Beth at 06:38 No comments: