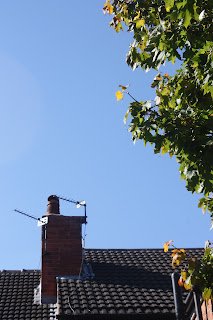 There is something quite wonderful about unexpected sun. Today we have been blessed with beautiful English sunshine and instead of focusing on the work I should be doing I can’t stop thinking about being outside.
It is amazing how forest fields can be transformed by a bit of good quality light! The sort of light my tutors at my foundation course would say is good for photography. So to try and legitimise being out side I have done a photo journal. I hope you like it it’s a little self indulgent! But hay!
Lets hope this weather sticks around for the stuff of life festival this weekend.
I strongly suggest you get your self down there (see the link for details), all the cool kids will be there! 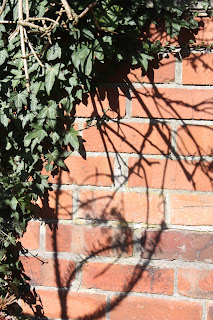 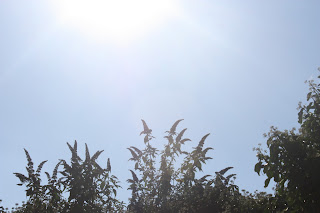 The great forest of  buddleia and ivy that the fields is so good at growing! 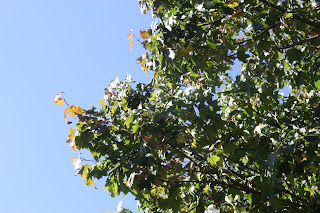 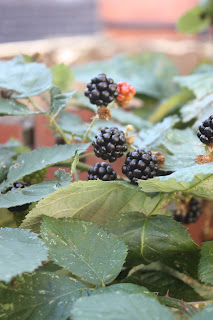 it's all about the brambles!
Posted by Beth at 05:45 No comments: 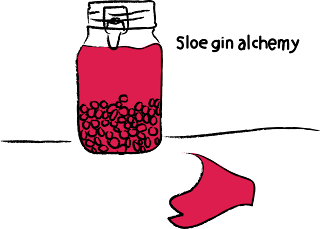 This week I have mainly been getting excited by hedge rows (I know it’s sad). On a recent walk near my mum’s house, I literally nearly wet my pants (Lyne and my Mum will account for this) when I noticed a treasure trove of sloe berries. Although most gin manufactures have caught on to the idea of mass producing sloe gin, bought sloe gin is in fact no way a scrumptious as the real deal. The shear joy in hunting and gathering these elusive suckers is part of the alchemy of sloe gin.
Some of the pleasure I gain from consuming and making sloe gin is in the story and the history it connects me to. I first encountered Sloe gin through my Grandma Mim. It was not long after my Dad had died and it was around Christmas. Grandma and Granddad Mim and Fred came to stay with a mysterious bottle. One night out came the bottle and my Grandma told the story of how one Christmas she had got my Dad completely drunk as a skunk on sloe gin. I was informed my dad’s words were:
“F*cking Nora what is this stuff?”
At this point I explained that I did not know what the hell they were talking about (much to my mums disgrace); so out came the shot glasses and here started a near on obsession. Every Christmas until they got too old to, I received a big bottle of sloe gin from Mim and Fred which I would eeck out to last me a whole year.
Now the responsibility has been handed down to me. What bliss I have in gathering and preparing sloe gin from a recipe I scrounged from my Grandmas book of cooking spells (when I say book I mean this in the loosest possible way; It is in fact 100’s of old birthday /Christmas cards re used by scrawling on recipes and bound by a few perishing elastic band).Sloe gin is not just a wonderful way to get drunk! It is also a connection to my grandma’s family. A reason to talk to Mim about things she is interested in and not just how the hospital went or what’s on TV.
Now it’s not quite time to be picking the old berries (in theory) one should wait till October. I’m slightly sceptical about this as the plumb and damson season was very early this year and as they are of the same family I think they may be ready.
I would defiantly recommend making sloe gin and if you can’t find sloe’s try any old fruit I often do Bramley apple gin (really nice in cocktails) red current vodka is also dead nice using the same method.
So the Ashcroft family recipe is:
1lb of fruit (if sloes or berries put in the freezer to perforate)
1lb of sugar
70cl bottle of gin (you may not use all the gin as the sloe’s and the sugar displace some of the gin)
Put in a bottle or kilner jar and up turn or mix the bottle a few times over the next few weeks until the sugar dissolves. Leave for about 3 months and drink. However the longer you leave it the dryer it becomes. I have managed to keep half a bottle for 2 years and I’ve just tried some it’s beautifully dry!!! My friend’s father in law kept some for 3 years and bought it out when she had her first baby it was exquisitely dry giving it a whole different character.
So go out and hunt and gather, or just pop to the super market and buy some bog standard version, but I promise you wont get as happily drunk and you defiantly wont say “F*cking Nora” if you haven’t picked them sloes your self!.
Posted by Beth at 05:25 No comments:

How to throw a fabulously sparkling dinner party without the cost and hard work!

I have been telling all my groupies (yes I have some underground groupies how bloody rock and role!) That I’m really sorry that I have not been doing my blog because I’ve been dead busy; and they are probably thinking well I’ve not heard any thing about any pop ups on the blog and I’ve certainly not been sent an invite via the underground mailing list! Well no they haven’t and that’s because I have been doing pop up’s for people in there own homes, for there own set of guests. So I thought if you were interested in hosting a pop up you might want to know a bit more about it.
Consequently I roped my friend Denise ( who hosted a pop up in Birmingham) in to write a review for the old blog on her pop up event. I would just like to say D designed the wonderful invite herself (so cool), and the menu was carefully planned to suit her guests over a phone call and visit just to check the capabilities of  the kitchen and house.
If you want to plan your own pop up please give me a bell and I can arrange a visit and a menu.
So here her review is:
How to throw a fabulously sparkling dinner party without the cost and hard work! 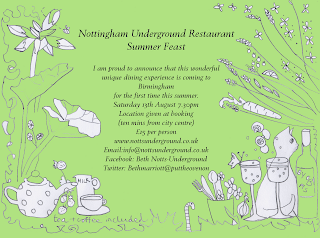 As the sun set over a grassy overgrown garden in a quiet corner of Birmingham, Beth got the spring chicken pie in the oven and laid the table with white linen and vintage crockery for fifteen hungry and adventurous diners. Not one of the guests had been to a pop up restaurant before and all went away saying the food was lovely and when can they host one?
In keeping with the community feel the musical accompaniment was music on cd by Action Replay (my boyfriend Brett’s band) and Matthew Johnston (my best friend and bjork-esque solo artist) also showcased his latest tracks.
After spreading delicious pate and chutneys over a range of homemade breads the revellers exchanged news of the day and met new people. Bowls heaped with steaming spring greens and new herby new potatoes were served up next, alongside with a large chicken and leek pie per table. It was a real treat to be munching on really tasty food and knowing at the same time it’s pure and nutritious. Vegetarian and dairy free options were also served. It was a real focal point when the huge toffee, cream and berry pavlova came out and I have to say it was the best I’ve ever had, so rich and creamy and made from scratch by Beth. (She left me some of the home made toffee sauce and meringue crumbs the next morning! Yay!) Larry made an excellent job of serving up as people devoured it.

After the fresh coffee and tea made its way around we went into the garden, now lit up with tea lights, ropes of solar lights and a Chiminea. The wellbeing spirit of the evening took to the skies as guests wrote their wishes on a lantern and set it off into the night sky. Beth had it running like clockwork and courses came out bag on cue, and she worked tirelessly seeing that everyone had what they needed and the kitchen was left spotless. A fabulous time was had by all, and for me, it was lovely to host a dinner party experience all the hard work and personal expense as well as picking up lots of recipe tips!